2014 was a pretty extravagant reading year for me. You can see the full list here if you’re interested.

I absolutely loved so many of the books I read these past twelve months (published both this year and others). You’ll be able to see all of my favourites in that Goodreads list – they’re the ones with the shiny stars.

But as I do every year, I’ve also made myself pick my very favourite, absolute top five. It was tricky but here they are… Two were published this year, two were not, and the fifth is one to look out for next Spring.

WE ARE ALL COMPLETELY BESIDE OURSELVES by Karen Joy Fowler
I’ve called this my book of the year to many people, and I think I’ll probably stand by that. I was annoyed by all the hype around ‘the twist’ because it’s so not about that. It’s a deeply moving, beautiful examination of families, human nature and identity, and I wish it had won the Booker.

STATION ELEVEN by Emily St. John Mandel
This is on pretty much every ‘Best of ‘14’ list I’ve seen, but that’s because it is genuinely brilliant. To be honest, it’s a novel which is tailor-made for me – apocalypse, Shakespeare, the nature of art – but it’s also all about the delivery, which is beautifully understated and entirely compelling.

THE ART OF FIELDING by Chad Harbach
I adored this book. I loved Henry, I loved Schwarzy, I loved Owen and Affenlight and Pella. I loved them because they are exceptionally well-drawn; in their faults, their weaknesses and their total wonderfulness. I spent almost an entire Sunday in bed reading this, and it was bliss.

THIS BOOK WILL SAVE YOUR LIFE by A. M. Homes
I don’t know if I actually have the words to tell you how much I love Homes’s writing. It’s razor-sharp and yet so enticing, and for all its bite, it has the power to be truly moving. This one has so many proper out-loud laughs – the scene with the Hollywood actor, the horse and the helicopter springs immediately to mind – but somehow reels you in until you feel more deeply for each character than you’d thought possible.

THE GRACEKEEPERS by Kirsty Logan (published next May)
This is an utterly incredible book. World-building par excellence teamed with beautifully-crafted prose, and all done with a breathtaking deftness of touch. I finished it feeling totally in awe.

And an honourable mention to THE WOLF BORDER by Sarah Hall (also published next year). I’ve just spent ten minutes staring at that list wondering which I could bump off to slip this in. In the end I couldn’t bear to lose any, but it’s still definitely worth saying that THE WOLF BORDER is a really exquisite piece of writing, and a stunning examination of motherhood and predation.

So at the end of last year, I’d just signed with Vintage for my second novel, LAY ME DOWN. 2014 has largely been taken up by edits on that, and on tentative plotting and a bit of writing on the third. LAY ME DOWN comes out in February, which is oh-so-scarily-close now, and I’ve been working on a big event with some other excellent authors, details of which coming very, very soon.

I’ve also turned my hand to a totally different genre, and I have exciting news on that front which hopefully I’ll be able to share in the New Year: hooray!

So, in conclusion, 2014 was a fairly word-filled year, and they are the very best kind. And now onwards… I have got the sexiest stack of books I’ve seen in quite some time as a Christmas haul and I cannot wait to get stuck in: 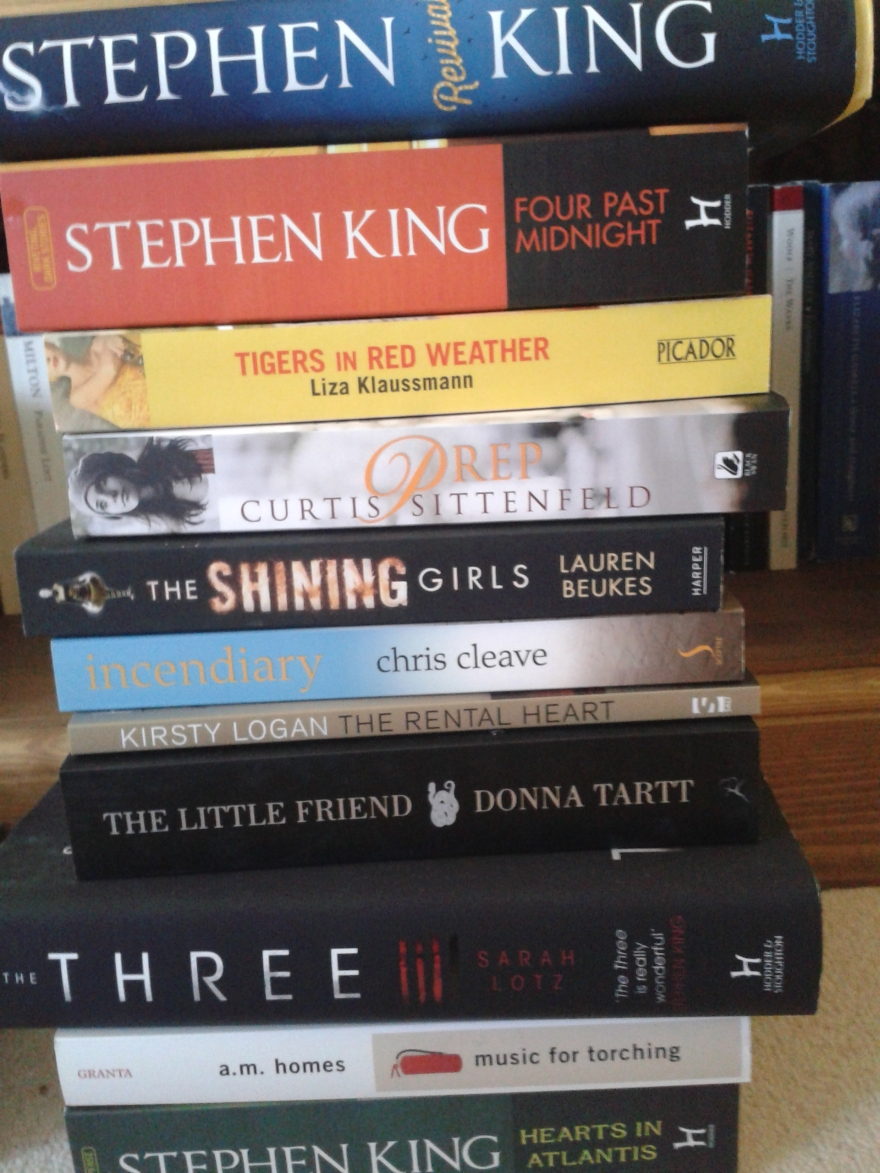