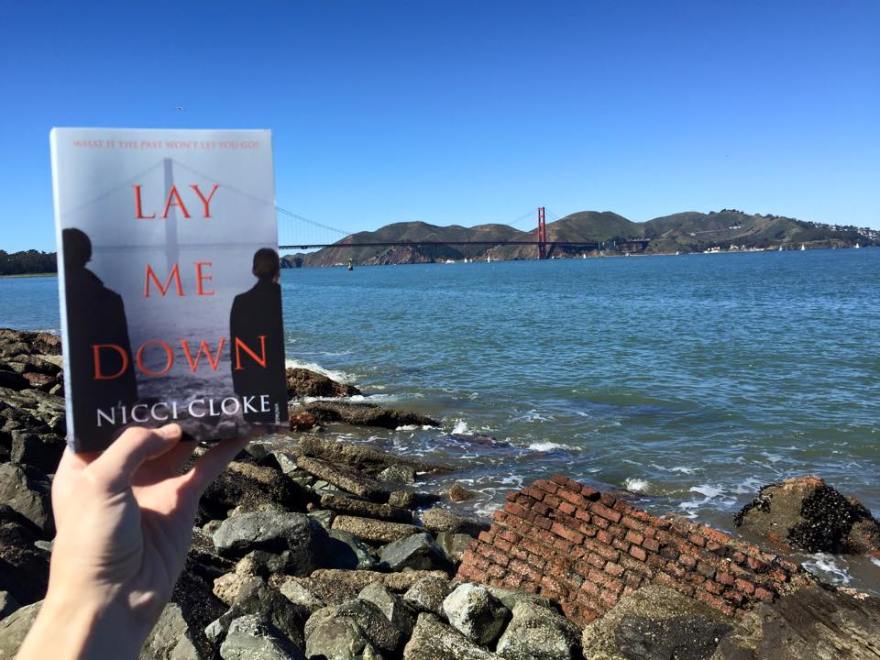 So. A new year dawns, and with it, a million resolutions. Write more. Read more. Do better at being ‘out there’. It’s a time of hope and aspiration, and a time, for a group of people to which I belong, of abject terror.

A year in which you have a book published is undoubtedly one of the most exciting there can be. For me, it’s my second: a novel, LAY ME DOWN, published by Vintage in February. I have loved and loathed this book during the two years it’s taken to bring it to print; it’s taken me to dark places and to extremely happy ones, through the writing, the re-writing and the major, knock-it-down-and-start-again re-writing. At the end of it all, I feel very proud of it as a piece of work, and I was unspeakably thrilled when Vintage offered a contract for it back at the end of 2013. And now we have the cover and the proofs and then a change of cover and soon, the finished copies. It’ll be out there, in the world, this thing I did.

Which is, frankly, terrifying. It’s wonderful, of course, but it’s also scary. There’s the joy and the pride and the disbelief that swell through you when you first hold a copy of the novel. And then there’s the doubts and the questions and the nagging feeling that nobody is going to like this except me. 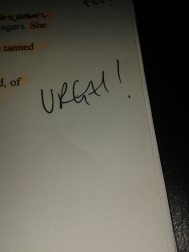 Self-doubt is natural, especially in a career as isolated and introspective as writing. For so many stages of the process, it’s just you and the words, and it’s all too easy for those little inner voices to start chipping away at your confidence. You start to second-guess everything; you walk – and trip over – the oh-so-fine line between good self-editing and unhelpful self-bullying on a daily basis.

This time of year is one of the worst for The Doubts, with social media churning out list upon list of books to look out for in 2015. As author Claire King so rightly explains here, it can be unnecessarily stressful for a debut novelist to scan those and not find their book listed there. And, let’s be honest – there’s always some handy stick-shaped internet fodder you can find to beat your poor old ego with. The six-figure advances you read about when you’re still halfway through a manuscript or a handful of rejections down. The two-books-a-year author who’s also writing films and plays and working full-time. Always something or someone we can hold up and say I’m not as good as that. We can’t help ourselves; we let The Doubts in.

The Doubts have their own special little hold on me – when my debut novel was published in 2012, it did okay. Not well. Not great. Just okay. I look back at it now and I have mixed feelings about it. I was twenty-two when I wrote it, and it was very much influenced by the kinds of books I was reading at that time. By the time it was published, I was twenty-six, and halfway through my second novel, which was (is) totally different – and I knew, instinctively, it was the type of book I wanted to write going forward. I felt proud of my debut but I no longer felt connected to it, or to the type of author I was being pitched as.

That, of course, didn’t mean it hurt less when people reviewed it negatively. You can have all the four and five star reviews you want, but that first one star – yeah, it still stings. I had to constantly remind myself how I felt as a reader – how not liking a book is not personal, not about the author. I had to toughen up, essentially.

And I thought I had – until now. Now, with a new book about to go out there to be read and judged, I feel vulnerable again. Because I do feel connected to this book, I do believe whole-heartedly in it and the story it has to tell. And because this is my second book, I want to know that I’ve learned things in that time, that I’ve improved my writing.

And I’ve realised that therein lies the key. I remind myself that my very favourite review that first book received was a two star one. In it, the reviewer said that it ‘had potential’ but that in the end nothing was ‘particularly engaging’. They were very careful to clear up any confusion that they might be suggesting I was on drugs, and they ended with this line: ‘I look forward to her next book and hope that she stretches herself more’.

I hope that I have, too. And I’m going to keep on trying, with the next book and the next, pushing The Doubts into the dusty little corner they belong in. Because, really, the only thing we have any control over is whether we believe our work is the best it can be. I do feel that way about LAY ME DOWN, and I’m going to spend 2015 doing my utmost to make that true of Book 3 as well. Lists or no lists, reviews or bad reviews.

3 thoughts on “The Doubtful Novelist”